Proctors proudly presents this nostalgic peek into the Yuletide pleasures of the early 1900s. Evoking Victorian charm, these picturesque comedies and tender dramas were produced as cinematic Christmas cards offered to moviegoers of the silent era. Included in this collection of archival rarities, most of which were produced at Thomas Edison’s studios, are the 1910 version of Dickens’s immortal A Christmas Carol, a heartwarming melodrama by D. W. Griffith titled A Trap For Santa, and the first screen version of Clement Moore’s 1822 poem “‘Twas the Night Before Christmas.”

Avery Tunningley has been playing silent movie accompaniments for twenty years. In addition to performing regularly at Proctors, he performs at the Capitol Theatre in Rome, NY, at the New York State Fair, and more. Avery teaches piano and organ and is the Organist and Director of Music for St. Thomas the Apostle Church in Delmar. 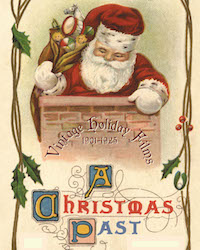