Comedian Bobby Collins has an ability to truthfully translate the human condition. Audiences across the country relate to his comedic characterizations as he exposes the humor of day-to-day situations as well as serving up resplendent rants on world events.

Through precise physical timing and impeccable audience insight, he has honed his talents while performing from hole in the wall clubs to sold-out theaters. Through the years Bobby was nominated for a Grammy, performed at The White House, performed on all three Tonight Shows with Johnny, Jay, and Jimmy, and is a bestselling author. Bobby Collins’ rise to top headlining, comedic master was inevitable.  His true dedication to his craft is what keeps his vibrant shows consistently sold out.

A native New Yorker, Collins possesses confidence and genuine everyman likeability that can only be earned. He knows what it’s like to work a day job, in order to pursue a dream. He’s flipped his share of burgers, as well as signing on as a substitute high school history teacher, to pay the bills – all the while performing in comedy clubs at night.

After heeding a conversation with his father, with some trepidation, he ventured into sales.  Settling into the high fashion industry.  A detour that proved so successful, that in the 1980’s he had risen to Vice President at Calvin Klein.  It was there that he found himself faced with a life-changing decision; remain here or chuck the security (and more than substantial steady income) for the uncertain challenge of heading out on the road – to pursue his dream of becoming a professional, full-time stand-up comedian.

It was a decision he’s never regretted.

Realizing his dream has given Bobby the opportunity to tour with titans of entertainment like Frank Sinatra, Cher, Julio Iglesias and Dolly Parton.  As a professional stand-up comedian, he’s worked alongside friends, Chris Rock, Ray Romano and Drew Carey, as well as many others.  Rosie O’Donnell specifically requested that Bobby take over as host for Stand-Up Spotlight.  Collins is widely regarded as a “comic’s comic.”

Through his personal appearances at Comedy Clubs, Theaters, Corporate and Charity events, coupled with innumerable television appearances on legendary shows like Letterman, The Tonight Show with both Jimmy Fallon and Jay Leno, Collins continues to add new fans of all ages to his loyal base of diehard followers.

It is his relationship with his audiences that results in sold out shows everywhere he makes an appearance.  What you see is what you get – Collins is the same man on and off the stage.  Bobby Collins has a genuine love for what he does.  With such skillful dissection of everyday life, he weaves his uproarious storytelling with effortless flair and charisma as he successfully dismantles any and all socioeconomic, race and age divides. As evidenced by his birthday performance for Chelsea Clinton at the White House, to appearances in US embassies and USO shows abroad.  Night after night, Bobby Collins masterfully reflects the hilarious truth – we’re all in this together!

With the critically acclaimed publication of his first book, “On The Inside – Witisms and Wisdomisms by Comedian Bobby Collins” we learn, through his personal and professional tragedies and triumphs, what has shaped his beliefs. With humorous recall, Bobby recounts his search for balance between career and family. 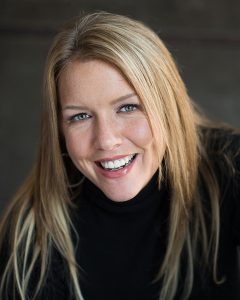 Erin Harkes has only been on the comedy circuit for five years, but her dry wit and sarcasm coupled with audience rapport has made her very successful in a short amount of time. She’s won local contests and performed all over New York State and beyond. In 2014-17 she has been voted Albany’s Best Local Comedian by several local newspapers and arts and entertainment magazines.

Erin recently opened for Demetri Martin on part of his “Let’s Get Awkward” tour and has also opened for Jeff Dye.

She also produces her own shows on a monthly basis featuring local and nationally touring comedians.

She finds that her musical career (that spans well over a decade) has prepared her for any and all stage settings and she performs with the ease and comfort of a comedic veteran. 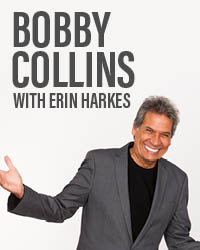