Ali, a small-town gal with a great voice (Christina Aguilera), leaves a troubled life behind and follows her dreams to Los Angeles. She lands a job as a cocktail waitress at the Burlesque Lounge, a once-majestic theater that houses an inspired musical revue led by the proprietor (Cher). Helping restore the club to its former glory, Ali makes the leap from bar to stage with the help of a savvy stage manager and a gender-bending host.  The all-star cast also features Julianne Hough, Peter Gallagher, Kristen Bell, James Brolin and Stanley Tucci.

Prior to the start of the film, Albany’s POP CULTURE PROVOCATEURS will speak about the art and history of burlesque and introduce the screening.  Following the movie, they will present sample performances live. Tipping is encouraged!  PCP are an all-femme burlesque production company led by Noelle Reign, Persephone Pomme and Teasy Roosevelt.  As with all ICFS events, expect prizes, surprises, themed drinks and comfy couches.  Event runtime 150+ minutes (incl. the 119 min movie).

The film is rated PG-13 for sexual content incl. several suggestive dance routines, partial nudity, language and some thematic material.  All of the above is also true of the LIVE post-show performances, but given it’s live, we are treating it as Rated R.  In other words… this is an Adults only event.
Tuesday, March 5 at 7pm 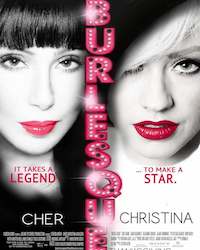