Highlighting the depth of world class talent in the Capital Region, Proctors and WAIX 106.1 are teaming up to present a concert with local artists performing select cuts from the Beatles White Album in the first set and Sergeant Pepper’s Lonely Hearts Club Band in its entirety in the second set on March 23rd 2018 7:30pm. Artists include Wild Adriatic, Eastbound Jesus, Girl Blue, Let’s Be Leonard, Bryan Brundige Collective, and Clear Mind. Whether you are a fan of local artists, want to support local music, or can’t miss these timeless Beatles albums performed in a whole new way, Capital Records Live will be the place to be. Follow Capital Records Live! on Facebook for updates. 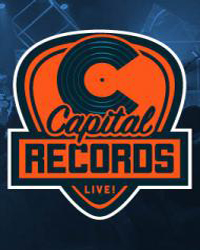