DAVID ROTH in concert
Songs for the Time We Live In

“His voice is clear, his words are poetry, his heart is open, and it makes me open the windows of my car and smile at strangers”
MAX Magazine

“David writes and sings songs with a devastating combination of heartfelt wisdom and incisive wit. In my eyes he sets a new ‘contemporary singer/songwriter’ standard for the rest of us”
CHRISTINE LAVIN

A mesmerizing performer, David Roth’s resonant and rich voice, fine guitar playing and pure talent entwine with a deep and empathic understanding of human nature and an uncanny ability to put beautiful lyrics to melody.

For this concert, he’ll preview songs from his soon-to-be-released 15th album,  Meet You Where You Are (Stockfisch Records, Germany).

His celebrated songs have found their way to Carnegie Hall, the United Nations, several Chicken Soup for the Soul books, the Kennedy Center, onto such albums as Peter, Paul & Mary’s Discovered and the Kingston trio’s Born at the Right Time; and to Goddard Space Center – where his song Rocket Science went up on the Space Shuttle Atlantis mission to repair the Hubble Telescope.

He has earned top honors at premier songwriter competitions like Kerrville and Falcon Ridge festivals, and for more than two decades has taken his music, experience, teaching and musical expertise to a seemingly endless variety of stages and settings in this and other countries.

“Conveys a wealth of stories, anecdotes and remembered scenes with a physically felt intensity” AMAZON 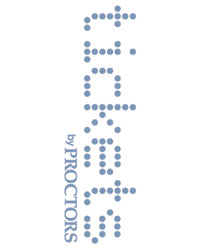