“Fuses string instruments with hip-hop artists, resulting in arguably the best argument yet for a  rap and country music marriage”

Only three bands can tame a mountain lion just by playing. Gangstagrass is one of them. And also the other two,

It started with founder Rench, who had a musical itch that needed to be scratched – he was listening to the 1970s recordings of Ralph Stanley and the Clinch Mountain Boys and couldn’t help imagining what classic bluegrass would sound like with rap vocals and beats. The result was a genre-demolishing blitz called Rench Presents: Gangstagrass. He put it up for free download and people took notice. Hundreds of thousands of downloads followed creating an intense underground buzz. Just the beginning. The buzz became a roar.

Yeah, Gangstagrass did the theme song to Justified. Yeah, Rich and T.O.N.E-z got nominated for an Emmy for it. Yeah, these are real bluegrass pickers and real emcees making music.  And yeah, they do it live.
Gangstagrass tours internationally, blowing minds on main stages from SXSW to Grey Fox Bluegrass Festival, a live stage act taking full advantage of the improvisational aspects of both hip-hop and bluegrass. with two emcees R-Son and Dolio The Sleuth trading verses, Dan Whitener on banjo, Landry McMeans on dobro, and Rench on guitar, frequent 3-part harmonies, the Gangstagrass live show has garnered a reputation among fans for its dynamism and spontaneity. Currently touring across the U.S., Gangstagrass uses live performances to organically develop new material for an album that will further explode the boundaries between genres generally thought to be incompatible. 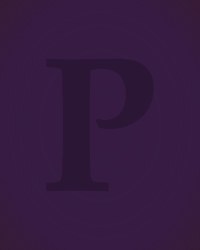