Sophie (Emily Mortimer) has been living an uneventful life at her late father’s hat shop, until she befriends Howl (Christian Bale), a Wizard who lives in a magical flying castle. Taking issue with their budding relationship, an evil witch (Lauren Bacall) casts a spell on Sophie, causing her to prematurely age. Using all of his magical talents, Howl takes up battle against the jealous witch, while attempting to return Sophie to her proper age. Rated PG for frightening images and brief mild language. 119 minutes. English language version.

As with other ICFS events, expect prizes, surprises, and comfy couches! 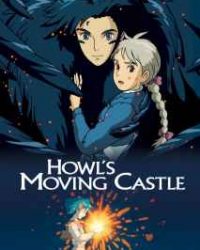