The talented students from The School of the Performing Arts take the MainStage at Proctors for three performances only to present one of Broadway’s most beloved and epic tales – Les Miserables!

Winner of 9 Tony AwardsTM, 5 Drama Desk and a Grammy Award, Les Misérables is a musical based on the 1862 novel of the same name. Musical by Claude Michel Schonberg and original French language lyrics by Alain Boublil and Jean-Marc Natel, with an English-language libretto and lyrics by Herbert Kretzmer. The London production has run continuously since October 1985, making it the longest-running musical in the West End.

Set in nineteenth-century France, Jean Valjean, after years of unjust imprisonment is released on parole and makes the most of the opportunity, changing his name and eventually becoming a factory owner and mayor. Valjean’s criminal past is resurrected when the Chief of Police, Javert, recognizes him and vows to bring him to justice.  Valjean is forced to give up everything he has worked for and flee. Before doing so, he promises Fantine, a former worker on her death-bed, that he’ll find and care of her daughter Cosette. Years later, Valjean has cared for Cosette as a father. During the Paris student uprising of 1832, Javert must confront his ideals after Valjean spares his life and saves a student revolutionary who has captured the heart of Valjean’s adopted daughter, Cosette. 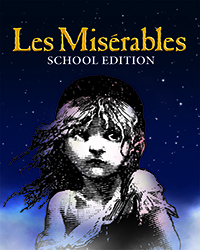