Location: Massry Center for the Arts at the College of Saint Rose
Event Time: 6 – 10 pm
Parking: Limited parking is available at The Massry Center

Street parking is free after 5 pm

This gala event is an annual fundraiser benefiting the School of the Performing Arts at Proctors and Capital Repertory Theatre. The dress is business attire.

The night’s festivities begin at 6 pm at The Massry Center for the Arts at the College of Saint Rose. Make a grand entrance on the red carpet first floor, dance through life to the second floor for a Wicked experience, and step into the ring at the circus on the third floor for Pippin magic. Enjoy signature cocktails, hors d’oeuvres, dining station and a cash bar.

The performance by Stephen Schwartz and friends will begin at 7:30 pm, featuring solos, duets and trios, and songs from such Schwartz musicals as Wicked, Pippin, and Godspell.

Consider purchasing an Empowerment ticket for an exclusive meet and greet experience with the night’s stars.

Stephen Schwartz has been awarded three Academy Awards and four Grammy Awards. He has been inducted into the Theatre Hall of Fame and the Songwriters Hall of Fame and has been given a star on the Hollywood Walk of Fame. Mr. Schwartz’ works include, but are not limited to:

Michael McCorry Rose is a Broadway actor currently appearing in the National Tour of ANASTASIA. Previously, he starred on Broadway as “Fiyero” in WICKED and in the Tony Award®-winning musical A GENTLEMAN’S GUIDE TO LOVE AND MURDER. Most recently, Michael was seen in the acclaimed Williamstown Theatre Festival production of LEMPICKA, directed by Rachel Chavkin. Michael regularly appears in concert with Stephen Schwartz.

Liz Callaway is a Tony® nominee and Emmy Award® -winning actress, singer, and recording artist. She made her Broadway debut in Stephen Sondheim’s MERRILY WE ROLL ALONG and has since starred in BABY, CATS as “Grizabella,” and the original casts of MISS SAIGON, THE THREE MUSKETEERS, and THE LOOK OF LOVE. Liz sang the Academy Award nominated song “Journey to the Past” in the animated feature ANASTASIA and was the singing voice of Princess Jasmine in DISNEY’S ALADDIN AND THE KING OF THIEVES and THE RETURN OF JAFAR. She has also released six solo recordings.

For any questions about the event, or interest in becoming a Sponsor, please contact Special Events Manager, Molly Tocin, at 518.382.3884 ext. 187 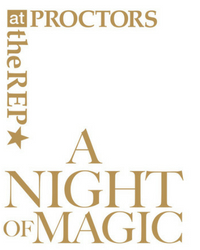