Proctors is once again proud to present the Oscar-nominated short films in all three categories – Animated, Live Action and Documentary.  This is your chance to predict the winners (and have an edge in your Oscar pool!). This year’s selection of nominees for Best Animation Short is rated R (see “NOTE” below) will run a total of 160 minutes, and is expected to play in the following order:

Life Overtakes Me
John Haptas and Kristine Samuelson, Sweden/USA, English, Not rated, 39 min.
Hundreds of refugee children in Sweden who have fled with their families from extreme trauma in their home countries have become afflicted with Resignation Syndrome. Facing deportation, they withdraw from the world into a coma-like state, as if frozen, for months or even years.

Learning to Skateboard in a Warzone (if You’re a Girl)
Carol Dysinger and Elena Andreicheva, UK, Dari (Persian), Not rated, 39 min.
Over the course of 15 years, a class of young girls from disadvantaged neighborhoods in war-torn Kabul, learn to read and write, and grow together in confidence through the joy of skateboarding.

In the Absence
Yi Seung-Jun and Gary Byung-Seok Kim, South Korea, Korean, Not rated, 28 min.
When the MV Sewol ferry sank off the coast of South Korea in 2014, over three hundred people lost their lives, most of them schoolchildren. Years later, the victims’ families and survivors are still demanding justice from national authorities.

St. Louis Superman
Smriti Mundhra and Sami Khan, USA, English, Not rated, 28 min.
Bruce Franks Jr., a leading Ferguson activist and battle rapper who was elected to the overwhelmingly white and Republican Missouri House of Representatives, must overcome both personal trauma and political obstacles to pass a bill critical to his community.

***
NOTE: The Documentary Shorts program is rated R.  It deals with global political issues – the refugee crisis, the education of girls and women in Afghanistan, and activism in Ferguson, MO. Please be advised that the content can be quite strong. 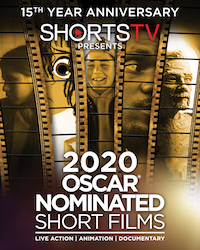