THE PASSION OF JOAN OF ARC (Silent, 1928) w/Live music
World Premiere performance of new score by Internationally acclaimed composer Gene Pritsker, to be performed by Pritsker in partnership with Franz Hackl.

On virtually every critics “Top 100” list, director Carl Theodor Dreyer’s (Vampyr) classic of the silent age tells the story of the famously martyred 15th-century teenage warrior. On trial for claiming she’d spoken to God, Jeanne d’Arc (Renee Falconetti) is subjected to inhumane treatment and scare tactics at the hands of church court officials.  Initially bullied into changing her story, Jeanne ultimately fights for her truth.  Not rated.  82 minutes.

“You cannot know the history of silent film unless you know the face  of Renée Jeanne Falconetti… to see Falconetti is to look into eyes that will never leave you.”  – Roger Ebert

Gene Pritsker is an Internationally acclaimed composer and performer specializing in works for orchestra and custom electronics, the latter of which he rather cleverly refers to as both his “Samplestra” and “Di. J.”  Tonight’s performance will feature Pritsker’s “Samplestra/Di. J.”  in collaboration with noted trumpeter, Franz Hackl.

MORE ABOUT THE ARTISTS:
—
Gene Pritsker has written over six hundred compositions, including chamber operas, orchestral and chamber works, electro-acoustic music and songs for hip-hop and rock ensembles. All of his compositions employ an eclectic spectrum of styles and are influenced by his studies of various musical cultures.  Pritsker’s music has been performed all over the world at various festivals and by many ensembles and performers, including the Brooklyn, Shanghai and Berlin Philharmonics. He worked closely with jazz legend Joe Zawinul and has orchestrated major Hollywood movies, including Cloud Atlas.

“…much of 21st century composition appears to be thinning in significance but this might be about to change. Gene Pritsker is one of a very spare handful of composers effecting this change.” – All About Jazz

“dissolv[ing] the artificial boundaries between high brow, low brow, classical, popular musics and elevates the idea that if it’s done well it is great music, regardless of the style or genre”. – The Music Connoisseur

—
Franz Hackl is an alumnus of the Conservatory of the City of Vienna, and received a Masters Degree in Jazz from the Manhattan School of Music, studying there with trumpet legend Lew Soloff.  In 1993, Franz established Austria’s internationally acclaimed Outreach Music Festival & Academy.  Franz leads or performs with several ensembles including the IDO Quartet, the Outreach Orchestra and brass trio B3+.  Hackl is graciously filling in for previously announced accompanist, Rocco Anthony Jerry. 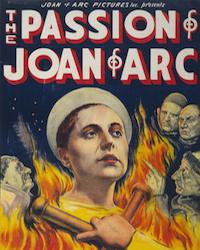