This performance has been postponed. All ticket buyers will be contacted by a Box Office representative.

The Brooklyn-based ensemble of accomplished Arab, Turkish, Iranian, classical, bluegrass, and jazz musicians announce their nomadic journey in the heart of the borough. Interpreting Middle Eastern folk music through cultural and musical backgrounds as diverse as Brooklyn itself, the Nomads put a contemporary spin on a traditional Arabic repertoire from Lebanon, Syria, Iraq, as well music from Iran, Turkey, Uzbekistan and beyond. Brass and wind, string and vocals, tap and percussion– Brooklyn Nomads create a transcendent mix of voices, rich instrumentation and innovative composition.

The rich ecosystem of NYC permitted this group to come to life: musicians from different continents and distinct backgrounds creating a hybrid of transcendent sounds.

Hadi Eldebek, Oud, Vocals – Hadi Eldebek is an Oudist, Composer, and Cultural Entrepreneur based in New York City. He has collaborated with prominent figures and institutions in the Arts, Culture, and Education sectors, including Yo-Yo Ma’s Silkroad Ensemble, Harvard Graduate School of Education, The Kennedy Center, TED, Disney World Imagineering, and others. His piece for Oud & String Quartet, Istimrar, was played at Farkas Hall in Cambridge, MA featuring Yo-Yo Ma on Cello. In addition, Hadi has founded several cultural startups, including grantPA and Circle World Arts. His TED talk, discussing the importance of funding the arts and artists, has gone viral with over 1.25 million views.

Mohamad Eldebek, Percussion – Mohamad Eldebek is a percussionist from Lebanon based in New York City.  He has performed internationally in numerous venues including the Kennedy Center for Performing Arts, the National Center for Performing Arts in Beijing, Symphony Space, Metropolitan museum of Arts, Shanghai Concert Hall, and others. His musical adventures brought him to tour in China and teach Arabic music and dance at the first world arts workshop in Xizhou town, Yunnan Province.

Mohamed Araki, Keys – Music came naturally to Mohamed Araki, when he started learning the piano under his father at the age of five. At the age of fifteen, he joined his father’s band Abu Araki Elbakhit. In early 2008, he came to US to participate in Sudanese festival in Chicago and Detroit. From there, he decided to study at Berklee College of Music in Boston. With such diversity and great mix of student musicians from more than 90 countries with great talents, Mohamed made one of his final projects with 33 musicians on stage and four pioneer artists from Sudan (including South Sudan) such as Abu Araki Elbakhit, and Emmanuel Jal. He is the First Sudanese Grammy nominated touring musician, Keyboardist-Keytarist-Seabordist, arranger and producer.

Tamer Pinarbasi, Qanun – Tamer Pinarbasi was born in Karaman, Turkey in 1970. He attended the Istanbul Technical University State Conservatory of Turkish Music, where he developed his own technique for playing the Qanun (zither). Instead of using msrabs (plectrums) on each pointer finger, he plays with his fingernails, a technique that allows him to use all ten of his fingers while playing. Combining this technique with his knowledge of makam (Turkish modal system) and western harmony, Mr. Pinarbasi has become one of the world’s leading Qanun masters. 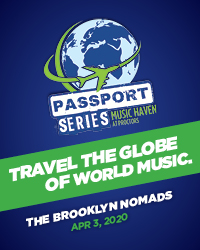