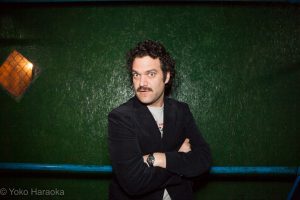 Pretty Much the Best Comedy Show is proud to present headliner Mike Lebovitz! Mike has performed as a “New Face” of the Just For Laughs Comedy Festival in Montreal and has appeared on Comedy Central, NBC’s Last Comic Standing, and HBO’s The Deuce.

Mike cut his teeth in Chicago (not as painful as it sounds), where he was a regular at Zanies Comedy Club, The Laugh Factory and Comedy Bar Chicago. He co-founded the popular showcase, Comedians You Should Know, which he brought to New York City in 2016. It has since become the weekly go-to spot to see comedy legends and up-and-comers rock the same mic.

Internationally, Mike has offended nostrils in Montreal as a “New Face” of the 2013 Just For Laughs, and he won The Montreux Comedy Festival competition in Switzerland. His debut album, LEBO, will be released soon on Stand Up Records.

Pretty Much the Best Comedy Show includes a featured act, a host, and a guest comedian to make up nearly 2 hours of comedy entertainment at Proctors Underground stage, complete with a cash bar! Patrons are encouraged to buy tickets in advance to guarantee seating at the show. Lineup subject to change. 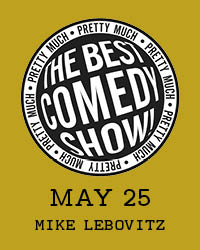