Pretty Much the Best Comedy Show is proud to present headliner Mike Recine! Mike is a stand-up comedian based in NYC that has appeared on CONAN multiple times and has his own Comedy Central Half Hour special.

Mike’s performed as a New Face in the Montreal Just for Laughs Comedy Fest and was nominated for Time Out New York’s Joke of the Year. Since his first open mic as a teenager in Jersey, he’s performed at nearly every comedy venue in NYC, blending observation and personal storytelling with a pitch-perfect dark wit.

Pretty Much the Best Comedy Show includes a feature act, a host, and a guest comedian to make up nearly 2 hours of comedy entertainment at Proctors Underground stage. Patrons are encouraged to buy tickets in advance to guarantee seating at the show. Lineup subject to change. 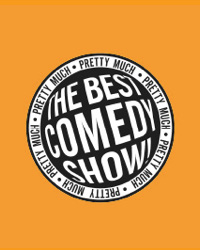