Close message bar
Additional Box Office Hours: Starting Dec. 4, the Box Office at Proctors will be additionally open 10 a.m. - 2 p.m. on Sundays during the Schenectady Greenmarket. The box office will continue to be open Monday- Saturday 10 a.m. - 6 p.m. weekly.
Tickets Group Sales Subscribe Share Save
Saturday, January 21, 2023
Originally from New Jersey, Anthony DeVito is an NYC-based comedian. He’s appeared on CBS’s The Late Show with Stephen Colbert, Comedy Central Stand Up Presents: Anthony DeVito, Comedy Central’s Adam Devine’s House Party, was one of the New Faces at the 2012 Montreal Just for Laughs Festival, has been on “This American Life,” AXS TVs Gotham Comedy Live, and was the 2015 winner of Caroline’s March Madness. Also, his debut album “Dream Occupation” is available from Comedy Central Records. In addition to stand-up, he was a writer on Netflix’s The Break with Michelle Wolf, wrote for the 2018 White House Correspondents Dinner, and was a writer/regular panelist on MSG’s People Talking Sports and Other Stuff. He’s also appeared on TV Land’s The Jim Gaffigan Show and is a favorite on Sirius XM’s Bennington.

Anthony has created a one-person show about finding out a family secret titled “My Dad Isn’t Danny DeVito”. Weaved throughout are conversations about childhood, Italian masculinity, and gender norms. Come see an evening of vulnerable storytelling, launched at the 2022 Edinburgh Fringe Festival.
This is an ADULT comedy show – please be at least 18 years old. The show will include a host and other guest comedians for about a 2-hour comedy experience. The lineup is subject to change without notice.
Buy Tickets 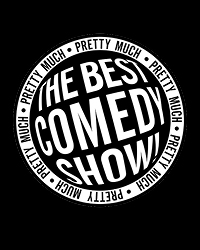