“WORTHY OF THE GODS!” –TIME OUT NEW YORK

This “winning adaptation” (The Hollywood Reporter) of the best-selling Disney-Hyperion novel by Rick Riordan, THE LIGHTNING THIEF: THE PERCY JACKSON MUSICAL is “electrifying!” (Newsday). The Greek gods are real, and they’re ruining Percy Jackson’s life. As a son of Poseidon, Percy has newly discovered powers he can’t control, monsters on his trail, and is on an epic quest to find Zeus’s lightning bolt to prevent a war between the gods. Nominated for 3 Drama Desk Awards including Best Musical, THE LIGHTNING THIEF is “mesmerizing” and proves “lightning can strike twice!” (TheaterMania).

(SLEEPOVER IS SOLD OUT BUT SINGLE TICKETS STILL AVAILABLE)

Spend the night at Proctors and enjoy The Lightning Thief :The Percy Jackson Musical during this special scout night.

Children must be accompanied by an adult at all times.
Parent/chaperones are responsible for having and keeping health and contact information for their group.
The sleepover area of the building will be locked down after 10 pm.
Proctors staff members and security will be available and on duty for the entire event.
Scouts must be chaperoned at all times. Proctors recommends a minimum of 2 chaperones per 8 children.
All gear should be clearly labeled with your group and individual name.
Make sure to eat dinner before arrival. A light snack will be provided to enjoy during the show and a continental breakfast will be provided in the morning. 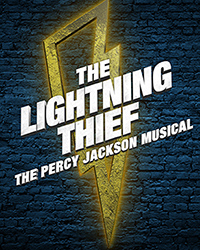