While on the mystical Isle of Bu Bu young Dr. Harry Jekyll discovers what he believes is the secret to intelligence. He is determined to ignore the existence of his father in the asylum and anything else that might get in the way of his chances of being the youngest person to be admitted to The Royal Society of Scientific Minds. However, science is not the only discovery made as the cast of characters learn what it truly means to be in the right place at the right time.

Running time: 95 minutes with no intermission.

Appropriate for all ages.

NOTE: This is a workshop production with audience talkbacks after certain performances (denoted with *). 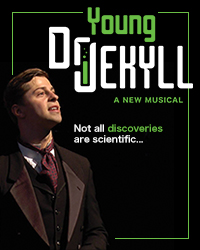